Antalya from Kemer is a fascinating all-day trip to the most interesting sights of the largest city on the southern coast of Turkey. The distance from Kemer is only 45 km, in time the road will take no more than an hour. 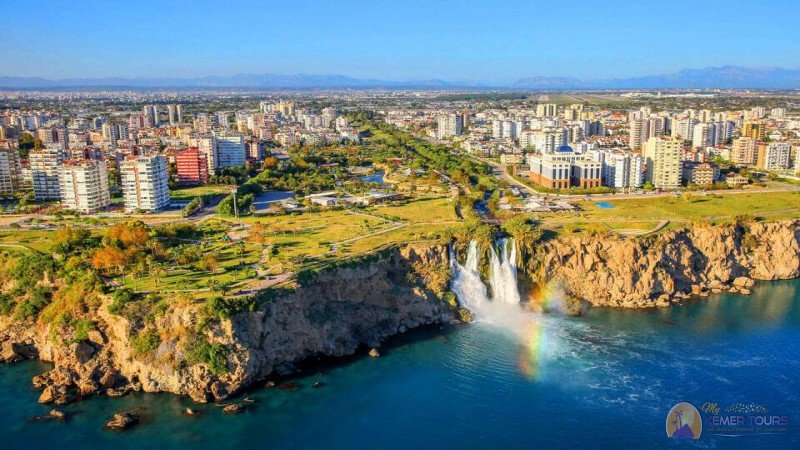 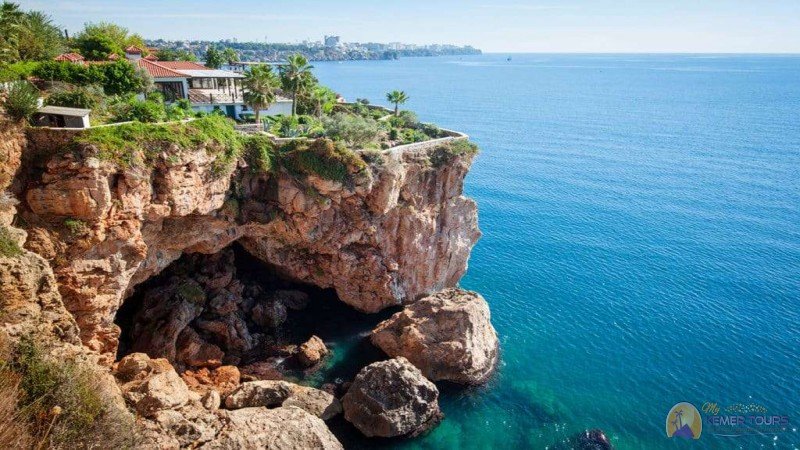 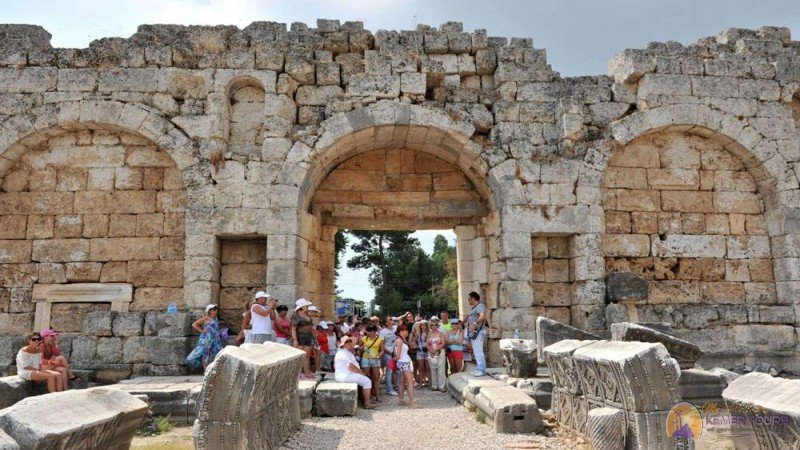 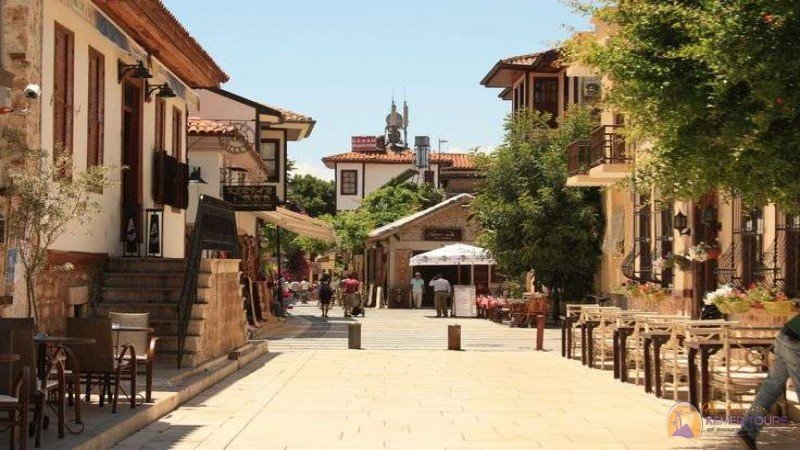 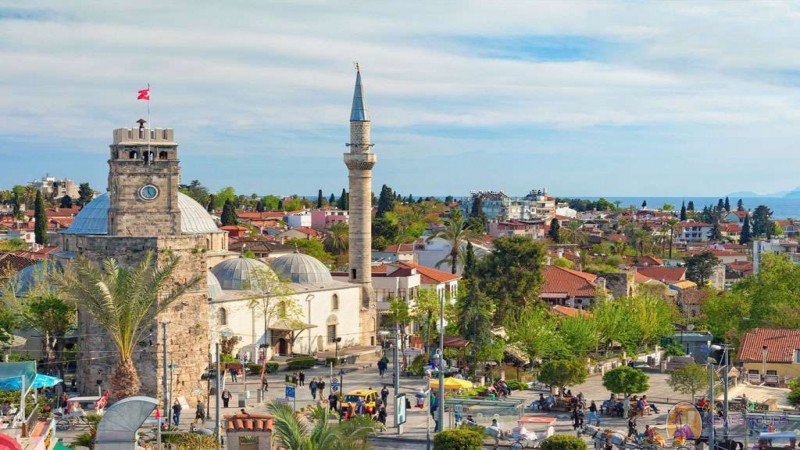 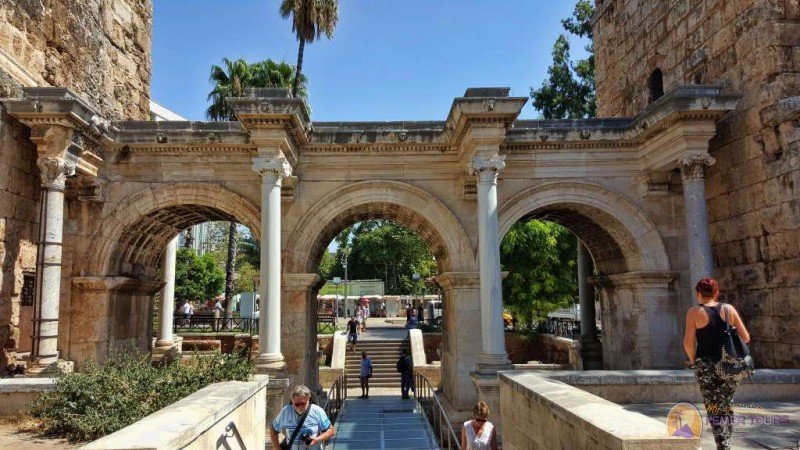 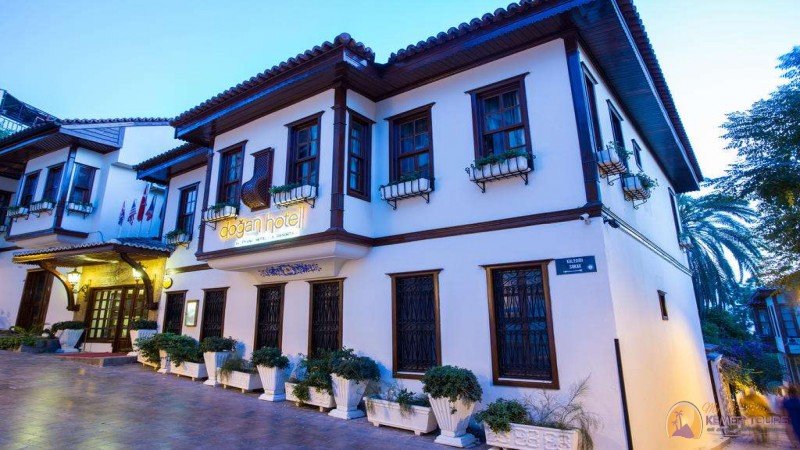 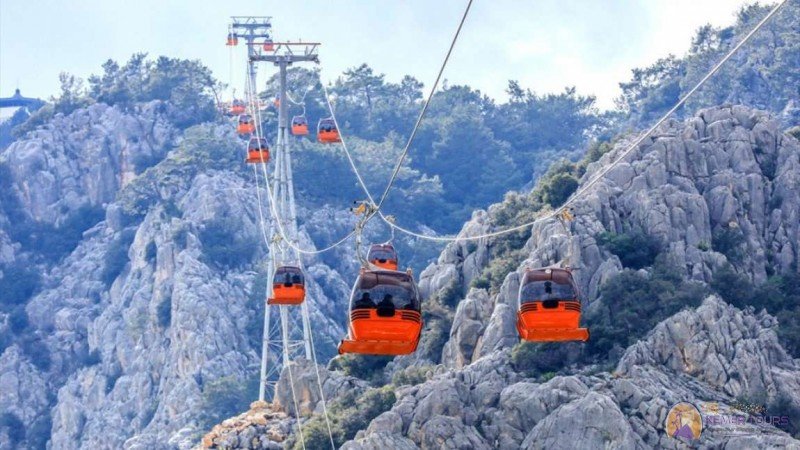 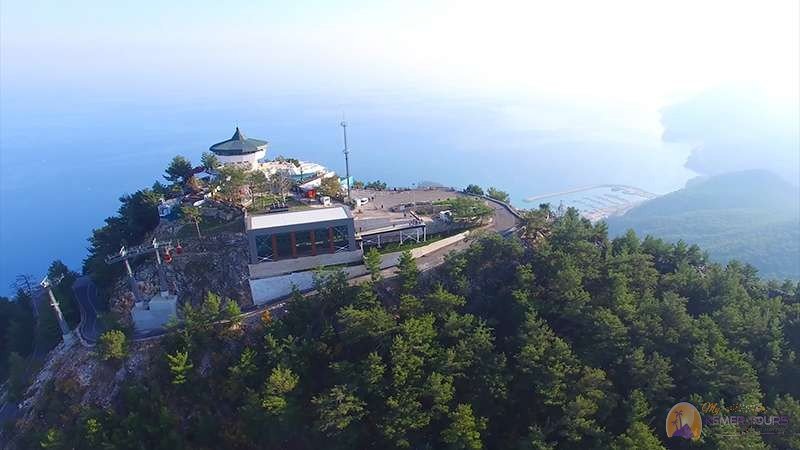 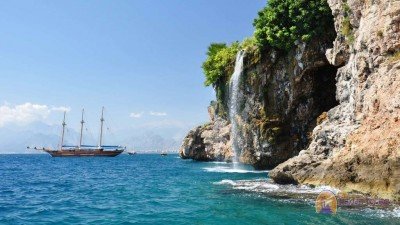 Antalya from Kemer is a great tour. Since the 90s. XX century Antalya becomes known to the world as a resort. She confidently holds the lead even today. Tourists are attracted by the mild subtropical climate, clean sandy and pebble beaches with convenient entry into the sea, hotels for every taste and color near the coastline.

Was the pearl of the Mediterranean always like this? Popular - yes, because in different periods such great empires came to power as: Roman, Byzantine, Ottoman and each left its own "greetings from the past", which travelers will definitely get acquainted with during a sightseeing tour of Antalya.

This area is shrouded in legends and beautiful stories that hide the truth about the brutal and bloody wars for strategically important and fertile lands. The first settlements appeared here in the Paleolithic era; 159 BC can be called a significant date. e. when on the rocky coast, by order of the Pergamon king Attalus II, a fortress was built, which became the beginning of the city of Attalia.

Antalya from Kemer: what to see.

The fortress walls reliably guarded the old city of Kaleici in turbulent times and it is perhaps due to this that, almost in their original form, buildings made in different styles, ancient mosques and minarets have survived to this day. Narrow brick-paved streets, winding paths leading guests to the port of Mermerli, who, along the way, look into souvenir shops and cozy cafes.

You can get to such an atmospheric area by going through the Hadrian's Gate, which has been standing here since the 2nd century AD. and erected in honor of the Roman emperor. The architectural monument of antiquity today looks like a triple arch with two towers on the sides: the southern one was built by the Romans and named after St. Julia, the northern one was installed by the Seljuk Turks in the 13th century.

The peak of Mount Tunektepe in Antalya from Kemer is located at an altitude of 618 meters and it is an excellent observation deck from which you can enjoy a beautiful panoramic view during a sightseeing tour of Antalya. The ascent to the top is carried out by cable car, 1706 meters long on a modern funicular, opened in 2017. Just 10 minutes and the whole Turkish Riviera at a glance.

Another natural heritage of the country that deserves attention is the Duden waterfalls. Although the two brothers are far from each other, they have a lot in common. A cascade miracle, the noise of which can be heard a few kilometers from it, is formed by the river of the same name, which originates at the foot of Mount Taurus and flows into the Mediterranean Sea in Antalya from Kemer.

The 27-meter-high Upper Duden falls into the lake, its peculiarity is a cave, hidden from prying eyes by jets of water, but allowing you to find yourself inside the waterfall. Private trips in Kemer Antalya can help get to know this city better.

The most picturesque Lower Duden, or Karpuzkaldyran has a height of 50 meters and reveals all its beauty and power from the sea, tourists have an excellent opportunity to observe this splendor during a sea voyage on a yacht.

Antalya from Goynuk is a fascinating walk through the most interesting places of the popular resort, which since the nineties began to occupy a huge place in the hearts of all-inclusive tour lovers. Do not miss the chance to get to know this picturesque place better and even discover it from a new side.

Antalya city tour from Beldibi is an opportunity to learn exclusively the resort region in a completely different light. Walk through its iconic locations, mosques and squares, learn its ancient history and fully immerse yourself in the spirit of old Turkey, which to this day soars everywhere in this city.

A trip to Antalya from Camyuva is a walk through the old Antalya streets and cafes, which to this day contain the spirit of the ancient times. This is a must-see tour that will reveal the traditional resort town from a completely different side and allow the tourist to truly fall in love with himself.

From Kirish to Antalya

Antalya city tour from Kirish is a magical journey through the very old Antalya, which existed long before the emergence of resorts on this coast. We will walk near the fortress walls, visit local squares and parks, and also pass through the Hadrian's Gate, which has been here since the second century BC.

Antalya from Tekirova will allow you to see all the most iconic sights of the city in one day and rediscover Antalya not only in resort, but also in historical terms. It turns out that this city contains many secrets, secrets and historical facts.

Antalya Sightseeing tour from Kemer - what to see?

City tour of Antalya from Kemer - when is the best time to go? 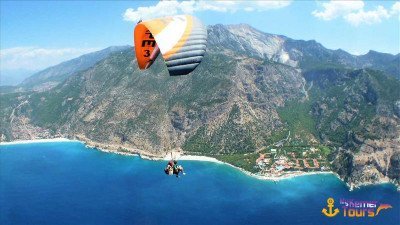 Kemer Paragliding is a great parachute jump in Turkey tour for affordable price. Adults who are up to 2 meters tall and children over 6 years old are allowed to fly. For the comfortable fli ... 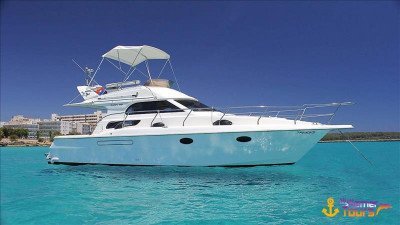 Rental yacht in Kemer has become an integral part of modern leisure, which allows you to enjoy the scenery right on the high seas. You can enjoy the spectacular view of the famous caves and ... 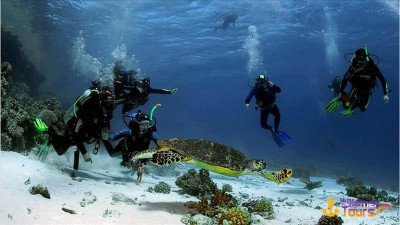 Kemer Diving is an awesome trip to the underwater world, which is unusual for an ordinary person. Book a tour Kemer scuba diving, you can at any time at an affordable price. ...