Salda lake from Kemer and Pamukkale is a great opportunity to go on an exciting journey from Kemer and visit two iconic places in one day. The highlight of the tour is the lack of shopping, only historical sites and nothing more 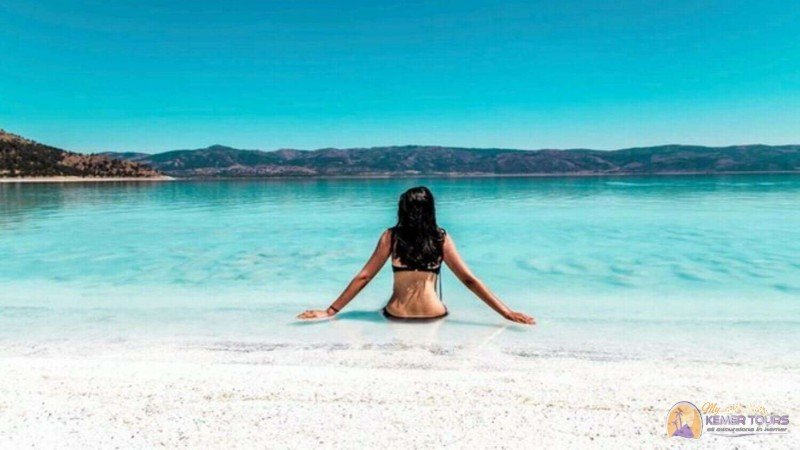 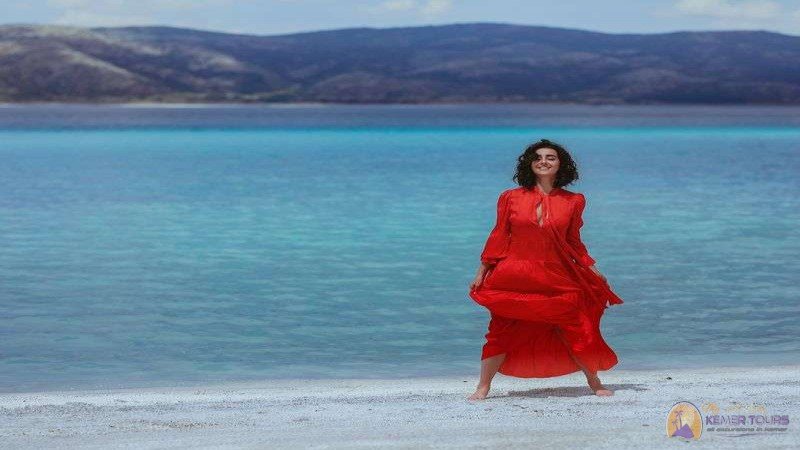 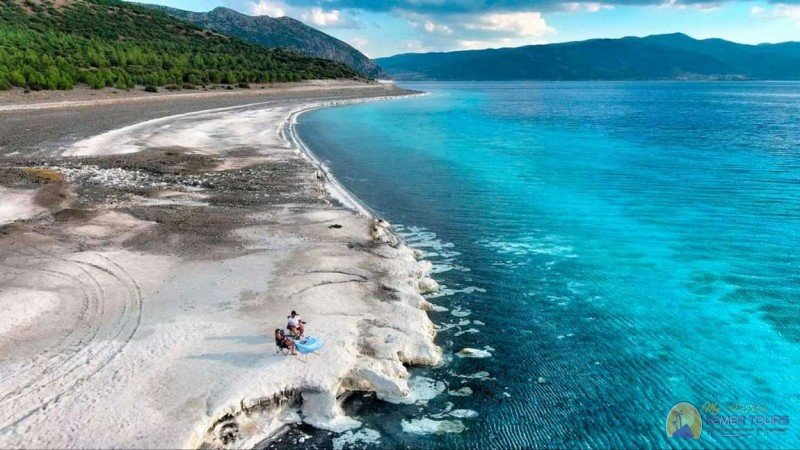 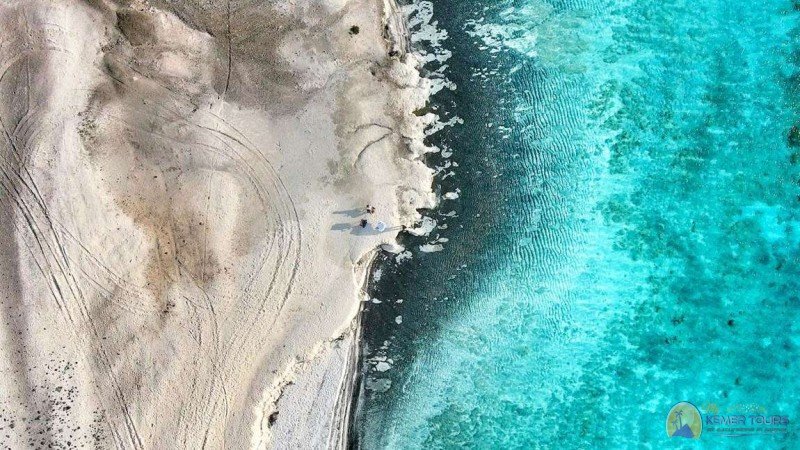 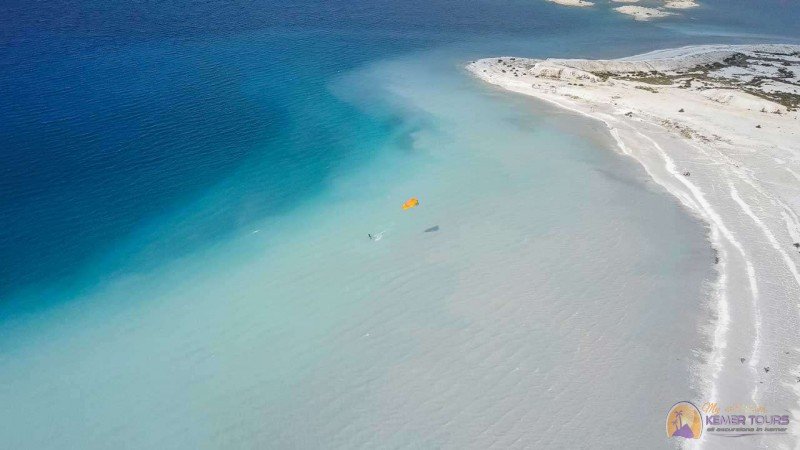 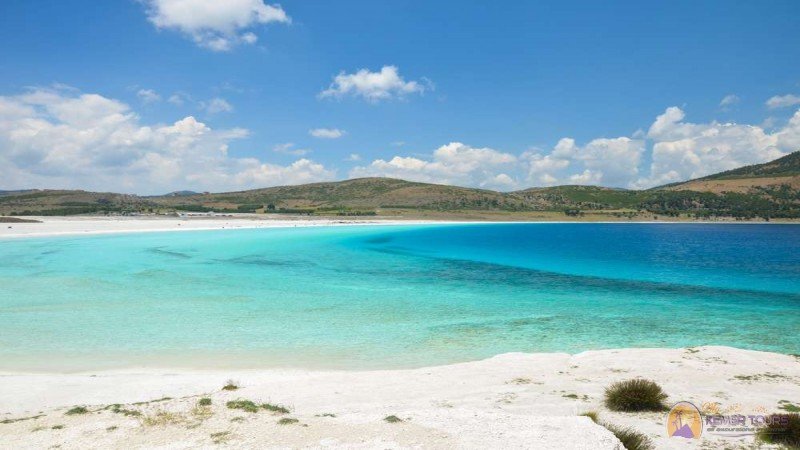 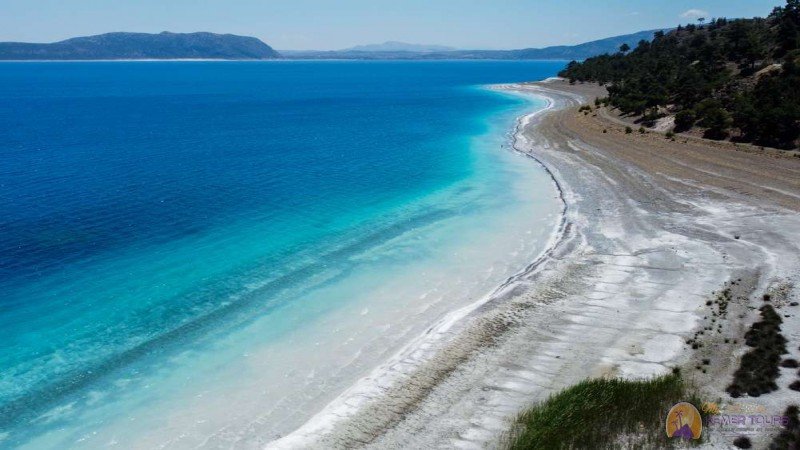 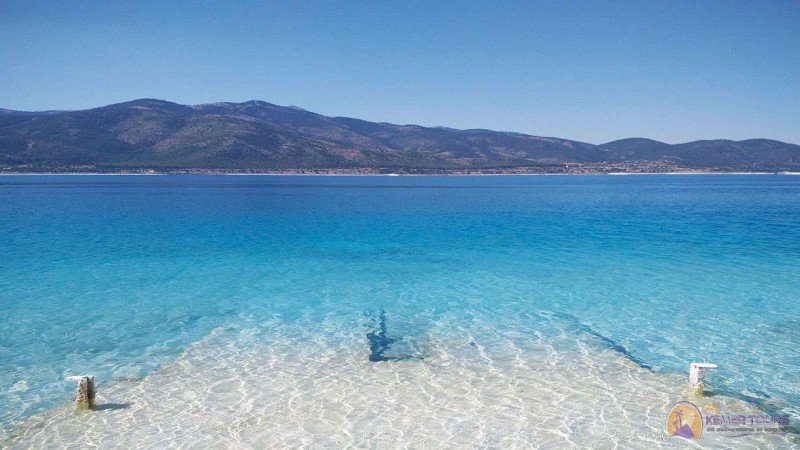 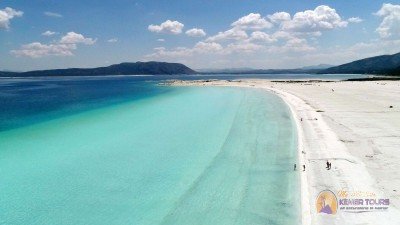 Salda lake from Kemer and Pamukkale combined two of the most significant sights of the southwestern part of Turkey. Protected areas, included in the UNESCO World Heritage List and carefully protected by the authorities, owe their origin to Mother Nature and her forces in the face of earthquakes and volcanic eruptions. Of course, it was they who had a direct impact on the formation of the landscape of this area.

Acquaintance with the country's business cards during the excursion. Pamukkale is the first stop during the tour. A huge mountain covered with cascades of terraces, balconies and peculiar baths, in which turquoise water accumulates, cannot fail to attract attention. 400 thousand years ago, due to numerous earthquakes, a break occurred in the earth's crust and hot springs enriched with minerals came to the surface. The source flows down from a height of more than 200 meters and, in contact with colder air, calcium and magnesium salts settled on the surface of the Chal Dag mountain, forming a snow-white coating of fragile rock - travertine.

During the excursion Salda lake from Kemer and Pamukkale, tourists will visit the ruins of the city of Hierapolis, built in the 2nd century BC and used mainly as a balneological resort. From 1887 to the present day, excavations have been carried out here. The largest necropolis in the country, the ancient Roman theater - the second largest after Aspendos, ancient temples with columns of that time and fortresses.

In the 80th year of the 1st century AD, the Apostle Philip was crucified in pagan Hierapolis, who arrived in these lands with a mission to popularize Christianity. The most important find for the entire Christian world was made in 2016 by Italian archaeologists - they managed to find the chapel and the tomb of the holy great martyr.

After exploring the ruins and travertine surfaces, everyone can plunge into the rich mineral water of the Cleopatra Basin, located at the top of Chal Dag. The water temperature at any time of the year is 35 degrees, it is saturated with minerals and has a beneficial effect on the human body, in particular on the digestive tract, skin and musculoskeletal system. You can stay in the reservoir for no more than 2 hours, and in the smallest part, where the springs are in full swing, no more than 45 minutes. If you want to visit another iconic place in the Republic of Turkey, we recommend choosing the Cappadocia tour from Kemer for two days.

Lake Salda is located 97 kilometers from the Cotton Castle. Since 2011, it has been a natural park with an area of ​​12 hectares and rich in flora and fauna: about 300 species of plants, 110 species of birds and 4 species of fish, including a rare snake fish. The freshwater reservoir of volcanic origin is one of the largest and deepest in Turkey: 45 square meters and a maximum depth of 200 meters. It is located at an altitude of 1165 meters above sea level, and the water temperature, even in the hottest season, does not exceed 20 degrees.

The purest azure water and white beach justify their popular name "Turkish Maldives". Hydromagnesite is a rock of volcanic magma and what makes up the lake shore. In addition, the reserve is rich in hydrogen sulfide mud, which has a healing effect on the skin and joints.

What to take with you on tour Salda lake from Kemer

Salda lake from Kemer and Pamukkale is an interesting and useful walk through beautiful places that will take the whole day. 300 kilometers are covered in a little less than 4 hours. The air temperature in these places from April to October varies from + 20 to + 35 degrees. Therefore, it will not be superfluous to take with you sun protection, drinking water, bathing accessories, a camera and possibly a lunch box. It should be noted that a walk on travertine terraces is allowed only without shoes - you will have to leave it or take a small, light backpack for this purpose.

Excursion Lake Salda and Pamukkale from Goynuk is an amazing opportunity to see with your own eyes the real natural treasure of Turkey, which is featured on many postcards and booklets for tourists. Its beauty cannot be described in words, because the snow-white landscapes of Pamukkale are truly charming.

Tour to Lake Salda and Pamukkale from Beldibi is one of the most popular and successful tours, which has successfully combined two iconic locations, which are a must-visit for any self-respecting traveler. A beautiful lake and healing thermal springs are the key to a successful holiday.

Excursion to Lake Salda from Camyuva

Traveling to Pamukkale and Lake Salda from Camyuva is an excellent option for a double comfortable tour for the whole family, which will provide an opportunity to comfortably get acquainted with two natural pearls of a tourist country. Everyone will have a chance to plunge into thermal springs and get a boost of vivacity.

The Pamukkale and Salda Lake Double Tour from Kirish is a popular tourist destination that includes relaxing on the shores of a picturesque lake and exploring the most beautiful locations where you can find the real Cleopatra pool and plunge into it. This is a real find for fans of thermal waters.

A double excursion to Pamukkale and to Lake Salda from Tekirova is a rich trip to the most beautiful places in the country, which will give a lot of new impressions and a feeling of unity with nature. During the trip, you can see ancient ruins, Cleopatra's pool, thermal springs and a huge lake with clear water.

Is it possible to swim in Salda Lake?

Where is Salda Lake? 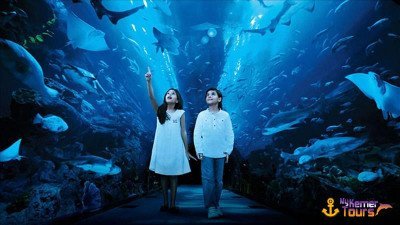 Antalya Aquarium from Kemer is a great place to be. Visit Antalya Oceanarium from Kemer will be an unforgettable adventure and a very informative event, which you will remember for a long ti ... 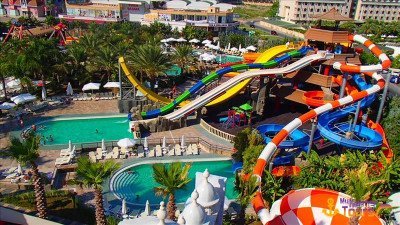 Kemer water park Dolusu is a great place to be. Turkey is an amazing, many-sided country that you don’t know completely, just lying on the beach. But if you don’t treat those who like to wal ... 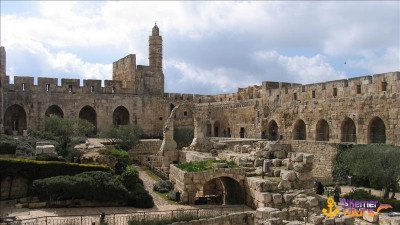